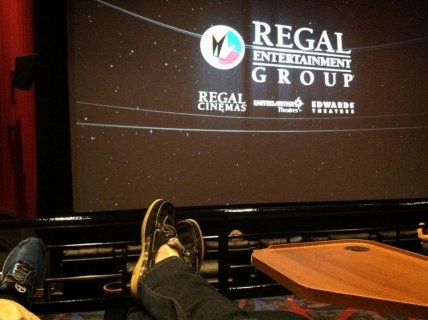 Built to serve the vast residentail area north of Calhoun Street, the American Theatre was a medium size theatre seating 900 people. When it opened, it was well equipped with a small stage and all the elements needed by a modern movie theatre including Simplex projectors and RCA sound equipment.

The American Theatre was designed by architect, Augustine E. Constantine, constructed by Long Construction Company and plumbing was installed by W. K. Prause. Air conditioning was not installed because of government war restrictions, however, it was comfortably ventilated by powerful fans on either side of the stage, in the roof, and in the rear of the building.

Toppin the proscenium arch was a golden American Eagle. The theatre was named the American "in honor of service men, war workers and Americans all over the nation whose efforts are being bent toward victory over the axis powers."

The movie shown at the opening was "Joan of Ozark" staring Judy Canova, Eddie Foy, Jr., Joe E. Brown and Jerome Cowan. The theatre was remodeled in 1947. It closed in 1977. Regarding the closing, Charles Way, manager of Pastime Amusement Company, said, "There's just not enough business downtown." He repeated the words being said by many urban theatre managers at the time. "Everyone's going to the suburbs."

The American was purchased by Patrick Properties in 1996 for $350, 000. It reopened in 1997 as the American Cinema Grill under a franchise agreement. In 1999 it underwent some changes and reopened once more as the American Theater. In 2002 stadium seats were installed. Multi-screen cinemas continued to be built in the suburbs and by 2005, revenues from ticket sales were not sufficient to keep the theatre profitable. It is available for rent to corporate and nonprofit groups.