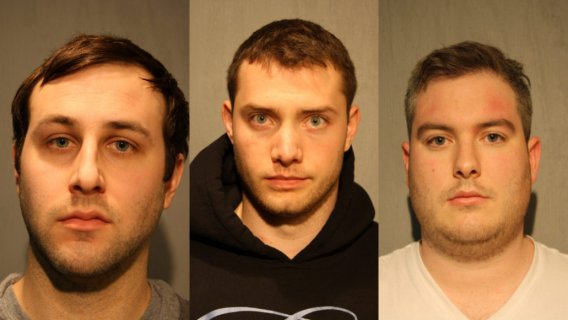 While owners of the Willis Tower and John Hancock Building contemplate and speculate over possible new name changes to their iconic Chicago skyscrapers, Donald Trump has once again shown he is one of the few businessmen in Chicago who can get things accomplished literally overnight. After hush-hush negotiations, Trump Incorporated has purchased the one-year-old BarNative.com drinking and nightlife website company for a reported $13.5 million, and while most of Chicago slept Tuesday night into Wednesday morning, rebranded Trump Tower, at 401 North Wabash, as Bar Native Tower.

Chicagoans still remember the sign controversy that erupted last year when Trump’s sign appeared on the tower, with his name spelled out in twenty foot letters. The mayor himself went on record saying how inappropriate it was, a spokesman telling the Chicago Tribune “The mayor thinks the sign is awful.” Imagine how he must feel this morning as the five letter sign has almost doubled in size, to nine letters.

As Mr. Trump saw that the year-old BarNative.com was increasing business to the competing bars surrounding his Trump Tower, he felt the wisest business move was to buy up the website and use it for his own purposes, Effective soon, BarNative.com will no longer feature specials on over 1000 bars in the Chicagoland area, but focus exclusively on the three bars in Trump Hotel Chicago. Those three venues, Sixteen, Rebar, and The Terrace at Trump currently do not feature any specials.