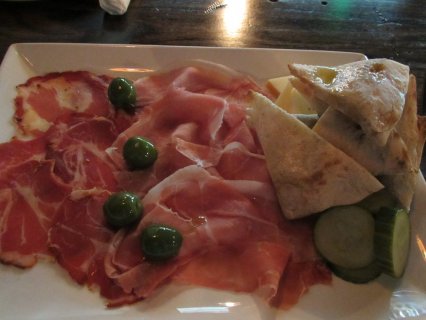 And if the movies don’t lure you to the Terrace Theater, maybe the food will.

The festival begins with a gastronomical bang: “Deli Man, ” a documentary about the history of delicatessens in the U.S., will be screened at 7 p.m. Thursday, paired with the short comedy “Coffee Date” (which isn’t really about coffee, though java makes its appearance). That night, Butcher & Bee’s head chef Stuart Tracy will be on hand to talk about curing pastrami.

Then on Friday night, “Overalls and Aprons, ” a documentary about sustainability featuring the Charleston food scene, screens at the primetime hour. Filion Farms, a local food producer highlighted in the film, will organize a pig roast at the Terrace after the screening.

“After six consistent years of our March festival, we are able to glean the best local, national and international dramas and documentaries, ” organizer Paul Brown said. “What I’m most pleased about is the quality of the local submissions, and the number of local feature-length productions was unsurpassed (by) other years. We are also thrilled about the variety of speakers and events surrounding the festival this year. Diversity is the key word with our events this year.”