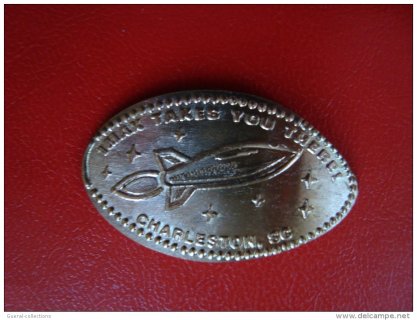 I really don't care for this theatre that much, but ever since the Hippodrome IMAX basically stopped playing feature films downtown, this theatre is the only IMAX game available in Charleston.

With that said, the theatre itself is ok, and ultimately worth going to if you are going to see an IMAX show. Otherwise I would go to Mt. Pleasant or Summerville Regal.

My biggest issue I have is how they don't properly take care of or properly clean the IMAX 3D glasses. Every pair I have ever gotten is messed up in some way making the viewing experience almost unbearable. I even ask for them to let me go through several to try to get a better pair. I do have to say they are obliging and allow me to do this. The manager there at one show where the glasses were particularly bad, gave us a new, never been used pair he had in his office. So I do have to give them kudos for excellent service. This is an excellent place to see a non-3D IMAX show.

Their prices for tickets are a little bit better than Regal's, but not by much. Concession prices are cheaper too, but the sizes are significantly smaller, so in the end they are not cheaper than Regal. The ticketing kiosks have only worked one time in the 6 years I've been going to this theatre so don't count on them working and prepare to stand in line. Also, you cannot purchase tickets ahead of time here with something like Fandango, so there really isn't a way to skip the line. The theatres themselves as well as the bathrooms are generally clean.