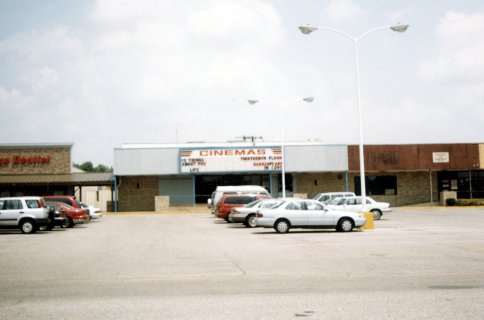 There is a parking structure attached that you can park in. When you buy your ticket just ask to get a ticket validation and they will hand you a card that makes parking only 75 cents. It is a little weird that it does not validate parking completely, but I rather pay 75 cents than the $3 to $4 it would have cost to park in the structure (the validation is good for four hours). I like that the parking garage is attached to the movie theater so you don't have to go outside in the cold!

There is a tiny arcade with some games inside in the front part of the building. I was excited, because they have air hockey, but it was out of order. There was a couple other games that were also out of order which significantly lessened the game choices from the original limited selection. But really, people don't come to a movie theater to play arcade games.

They have unlimited popcorn for $6, which is pretty cheap. However, this is Charleston and I'm sure there would be an uproar if things were more expensive. I like that they have the popcorn spice that you can shake on your popcorn (basically a powder flavoring). It really adds something to the popcorn.

Don't trust the signs above the door telling you if your theater is ready. When we first got there it said our theater was open, but the movie before was still playing. Then it said it was closed for cleaning and everyone ended up just going inside anyways.

When we first got in the theater, it was like a sauna. I have never had a movie theater be warm before and I lived in Texas and Florida! My fiance went to request they turn down the heat and the temperature became perfect for the movie.