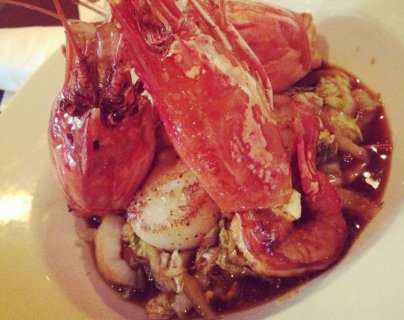 I was visiting Lakeland and we decided to stop in here for breakfast. It was packed when we arrived but we got seated pretty quickly with a party of 3. We all ordered the same thing, I think it was called the Big Man. It came with eggs, bacon, ham, sausage, and hashbrowns, as well as biscuits and gravy. My eggs were very good, cooked over medium. My hashbrowns were rather bland but I ate some of them. The ham was pretty salty so that was given to the bf. My bacon was cooked soft, just like I like it and the sausage was very good. I have to say that I am very picky about gravy but this was ok, but the biscuits were a little dense. All in all, typical breakfast diner food. Probably won't be back there anytime soon, but if I am in Lakeland, there's a chance I may give it another try. Their lunch menu sounded much better.