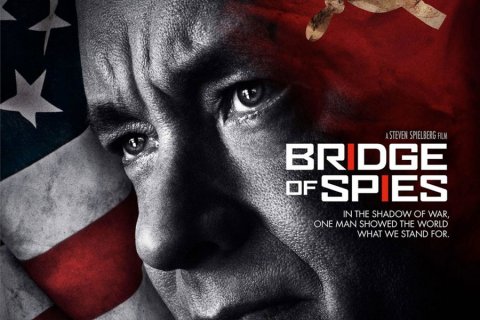 The Buzz: One of the things we appreciated about this movie: it knows exactly what it wants to be - a super-sized version of your standard "Entourage" episode, with exotic locales, endless celebrity cameos, and adult frat house humor that reminds you that the show really was a bit d-bag. Unlike Hyde, the movie-within-the-movie here, creator Doug Ellin maintained a rational shooting budget - the first step in creating the opportunity for future sequels. And hey, if Mark Wahlberg's career is stronger now than it's ever been, why can't the same be the case for Vincent Chase?

The Buzz: Arriving with better trailers and stronger reviews than Tammy, this could be Melissa McCarthy's San Andreas, a clear indication of her singular movie-star appeal. Much funnier than we even anticipated, McCarthy gets excellent support from Rose Byrne, Jude Law, and Jason Statham.

The Buzz: Rose Byrne must be psyched to be in a different movie this weekend as the third Insidious chapter travels back in evil time to the period before psychic Elise Rainier encountered the Lambert family. That's a big win for Lin Shaye and her character, but we'll see how fans react to this standard attempt to continue the saga.

The Buzz: From what we understand, the focused, unorthodox narrative is a testament to Brian Wilson's life and artistic achievements; many reviewers have called this a survivor's story - a reverent portrayal of a Wilson's mental break from reality and his eventual healing. We miss John Cusack and support his decision to work mostly outside the studio system; we're just happy there are opportunities such as this to see him perform to the best of his abilities. Also, Paul Dano might be the best actor of his generation.

The Buzz: A sturdy adaptation of Vera Britain's autobiography should play well to the same audiences who are helping Far from the Madding Crowd surpass initial box-office expectations. There could be some crossover appeal too with the chance to see more Alicia Vikander after her Ex Machina breakout and Kit Harrington's first non-action/fantasy movie role.

The Buzz: Pieter Bruegel's painting "Hunters in the Snow" is the primary influence on Roy Andersson's new film, one that should introduce him to a larger American audience who crave equal parts black comedy and abject misery.

Inside a Movie Theatre in Korea - CGV Daehwa

how to watch any movie in theatre for free no download

i movie theatre response in kerala,thiruvananthapuram