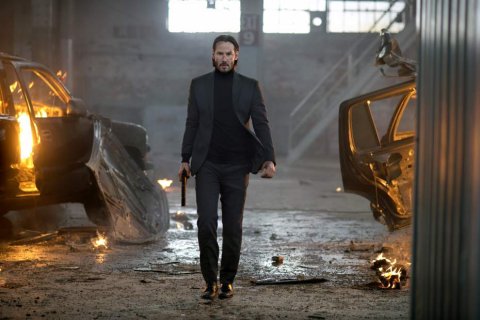 Thursday Ten: Ten Times We Forgot It Was 2014

2014 was a wonderful year for music, but it was also a wonderful year for forgetting it was 2014. With so many of this year’s releases wearing their nostalgia on their sleeves, it seemed easier than ever to pick up a record that immediately whisked you back to the decade of your choosing despite being less than twelve months old. And to celebrate all that nostalgia, our writers picked out some of their favorite songs and albums that gave them that throwback feeling this year for this week’s Tuesday Ten.

Jack Antonoff is silently having one of the most successful musical years of anyone. To diehard fans he’s known as the lead singer behind such musical projects as Steel Train and Bleachers, but most of you will bop your head to his songs without even knowing who he is; Antonoff is also the lead guitarist of fun. and played a songwriting part on the new Taylor Swift record, including co-writing the smash “Out Of The Woods”. “Wake Me” is the fifth track from Bleachers’ debut album Strange Desire and sounds like it was ripped out of a coming of age teen romance movie in the 80s. Mellowed out guitar tones with long delays is just the precursor needed to accent Jack’s velvet voice professing his love to a lady. Much unlike Bleachers hit single “I Wanna Get Better”, you won’t find little nuances in the verses but instead a much more in your face style of phrasing with blunt lines like “I can’t believe I captured your heart” or “If you’re lonely, wake me”. It’s almost a shame that this couldn’t be released a couple decades earlier because it was destined to be in a movie like Dirty Dancing or Sixteen Candles—but better late than never. (Joseph Britton)

Big hair. Big phones. Bigger tunes. The 80s were a gloriously flamboyant time filled with neon spandex clothes, brat pack movies, and most importantly, dance music. One of the most influential subgenres of dance was synthpop, something you can still hear today. With the arrival of the likes of Depeche Mode and Kraftwerk bringing a moodier element to the usually happy-go-lucky pop world, there was a place for music fans who wanted something a little darker, but still loved to bust a move on the dance floor. Ever wished you could go back in time and be one of the cool kids? Now you can with Chvrches’ “Dead Air”. Openly citing Depeche Mode and Cocteau Twins as influences, the track revives all the echoing beats of a true synthpop classic, and singer Lauren Mayberry has vocals so floaty and delicate she could be an emo Cyndi Lauper. There are enough gloomy synths to rival Soft Cell, with an almost robotic drumbeat and a punky drive making you feel like history is repeating itself. The chorus tops it all off, with repetitive charm that will hypnotize you more than the glitter of a disco ball. So grab that boombox, fire up the Delorean, and blast out this new “oldie”. (Alex Bear)

@David Andersson: I saw #Tomorrowland at the movie theater. Finally some creators get the real issues. Too bad that the film doesn't seem to gain more success Thu, 4 June 2015 04:05 AM