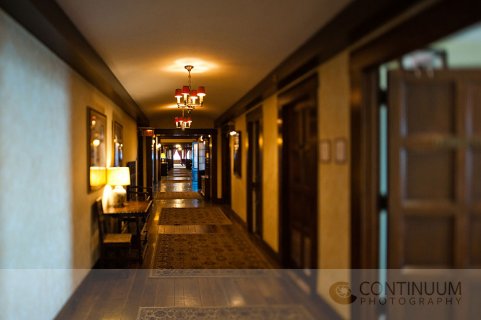 Founded by ComEd magnate, club in Civic Opera House is no more

For nearly a century, members of the Tower Club raised glasses to presidents and opera stars, drank three-martini lunches to celebrate promotions, and sealed business deals.

But Friday at a private luncheon on the 39th floor of the Civic Opera House, members and their visitors drank a final toast before the doors closed and the club was no more.

"It's emotional after all these years, " said Rudy Galvan, 55, who tended bar at the club for 33 years. "The members, I've known some of these people since I (came) here."

Members and staff offer a handful of reasons for the club's closing — the bad economy, nonexistent financing for a needed remodel and disruptive construction on Wacker Drive.

But the Tower Club's future was likely determined by changing times, shifting social norms and the diminished role alcohol plays in the workday.

"It used to be different. People used to drink a lot. They didn't care if their boss was at the next table, " Galvan said, pouring a Wild Turkey on the rocks. "It made a client feel better and at home, get them to open up and talk about their business."

Now business people are more likely to order iced tea with lunch and go out for drinks after work, he said. A few of the club's younger members wondered why there wasn't a more lively after-work cocktail hour.

"They say, 'Rudy, where's the action?' and I say it's a business club where people come to do business."

Last February a membership drive boosted the dues-paying rolls from 170 to 240, but that was a far cry from the 300 to 350 people the club served daily when Galvan started as a busboy in 1974. It was determined the club wasn't sustainable, said general manager Rick Kroner, who also runs the Metropolitan Club.

"The culture has changed. The younger generation is more casual, " Kroner said. "Nowadays, if all you do is provide a place to get lunch, there's too many great restaurants in Chicago. Why would you pay (membership) dues?"

It didn't used to be that way.

The Tower Club was initially known as the Electric Club, founded in 1916 by opera enthusiast Samuel Insull, who established Commonwealth Edison and, according to legend, was the inspiration for Monopoly character Rich Uncle Pennybags. The club, located at North Dearborn Street and West Calhoun Place, was originally an elite fellowship for titans of the electrical industry.

After Insull commissioned the building of the Civic Opera House, the club moved there in 1929. But the Electric Club nearly closed during the Great Depression, which put the organization deeply in debt and bankrupted Insull. It rebounded in the late 1930s and '40s, diversified its membership and rose to wider prominence. In 1952 the name was changed to the Tower Club.