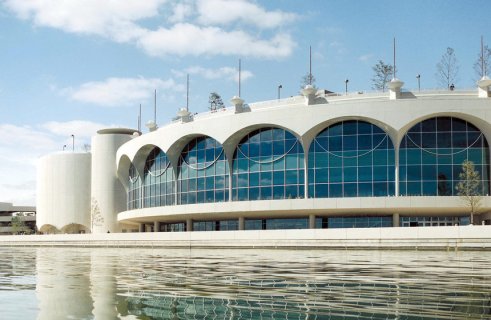 Is Monona Terrace worth it?

It was a public scolding, delivered with righteous indignation: "Once again, it appears that the zealousness of the opponents has served to overshadow the truth."

The date was Oct. 5, 1992, less than a month before Madison voters approved the $67.5 million Monona Terrace convention center, now celebrating its 10th anniversary. Dave Zweifel, editor of The Capital Times, tore into critics challenging assurances being made as to the facility's costs.

Center backers, he wrote, "insist that the 'absolute maximum' cost to a typical Madison homeowner would be $31 per year, " including an annual operating subsidy and the construction loans borne by the city and county. Of this amount, the city's share was $23.56, for 20 years.

The critics said the actual cost would be about $10 a year higher. Zweifel savaged this claim, in a column headlined "Wright Center Foes Again Distort the Facts."

Meantime, center proponent Morris Andrews told Isthmus he was "very confident" the center's operating subsidy would be less than the $650, 000 a year predicted as part of this cost calculation.

Referendums to build the center and borrow money for it passed by narrow margins. The facility opened on July 18, 1997, two years later than initially projected.

Those projections weren't the only ones that proved overly optimistic.

Madison's 9% room tax on hotels and motels covers all these costs. But, calculates city Comptroller Dean Brasser, "If the room taxes now applied to Monona Terrace were instead applied to other city operations, the property taxes on the average city home would be about $62.50 lower."

Brasser says there are statutory restrictions on using room-tax money for other purposes, and the city's room-tax rate is 1% higher than would be allowed if not for the convention center. Plus, room-tax revenues are doubtless buoyed by Monona Terrace.