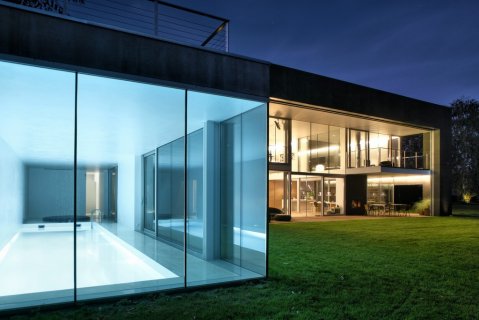 Different types of terraces ranging from rudimentary stone lines to sophisticated terracing are built mainly to conserve the soil and stabilize steep land, while providing level areas for sustained cropping. At a rudimentary level, lines of stones are laid out in parallel or along a grid pattern on compacted, denuded land. In this situation the stone bunds present a semi-permeable barrier which allows the passage of excess run-off while trapping sediments. The level of sophistication is greatest where the process of levelling behind the bunds is accomplished by deliberate landscaping. In some cases the process of cultivation leads to the natural formation of benches over time. Terracing is widely used in dry farming on hillsides and in irrigated farming in suitable areas. Some practices involve systems of intense and permanent cultivation on hills, using terraces protected by storm drains and wiith woody plants and grass planted on ridges along the contour that date from early times. In most cases, farmers maintain pre-existing trees and shrubs on undisturbed parts of a slope or by adjusting terrace design and construction.

Such terraces established by sedentary farmers in the Kainam hills south-west of Lake Manyara, United Republic of Tanzania, in the late 18th century, are still well conserved after almost 200 years of cultivation, and feed a large, growing population. Bench terraces comprising a series of more or less horizontal steps cut along the contours, with the excavated material places on the outside of the cut and embankment so that the cuts and fills create level platforms for cultivation are widely applied in crop lands. Where soils are already erodibile, fairly level benches may develop between the trenches in two to six years. Woody plants and fodder grasses are often panted on the risers where the soil is the deepest and most fertile. When covered with vegetation, the ridges catch eroding soil which helps to build them up further and create substantial flat areas behind them. The natural process of water carrying sediment is strengthened by planted vegetation. The construction of bench terraces with stone walls is justified where stones can be found in adequate quantities close to the site, and the potential productivity of the land justifies the expense. The construction of stone wall terraces at intervals on the contour not only protects the land from erosion but simultaneously clears stones, which facilitates cultivation and increases crop production. Besides protecting and improving the existing cropping system, terraces provide new planting niches with favorable conditions for specialty crops or for establishing valuable trees. For example, farmers may plant fruit and nut trees along the toe of terrace rises and thereby allow the successful establishment of tree crops that would otherwise be unable to survive under dry conditions. Both terraces are found in all the three continents where farmers find them appropriate. Examples of stone bunding and terracing on hilldside occur on the Jos Plateau in Nigeria, and in several regions of Ethiopia, Sierra Leone, the Sahelian countries, Rwanda, Yemen, different regions of China, North Africa particularly Tunisia, Algeria, and Morocco, the Middle East, etc.

Terrace farming on the Himalayan slopes in Uttaranchal ...

Terrace farming on the Hilayan slopes in Uttaranchal, India

Terrace farming on the mountain slopes of Uttarakhand
Related Posts

@Quit Again I Dare U: Do anybody know where they sending all them famlies from Raleigh north n Washington terrace? Sun, 31 May 2015 03:34 PM

@Nofiniaina: Johnathan who does business in Mountlake Terrace Washington is zealous about WomVegas. >> Amazing network. > Internet income! Thu, 4 June 2015 01:06 AM